Changes to the AGM, Resolutions and Voting Instructions

Published on 3rd December 2020 in Past News Story

Today, in line with current club rules, ballot papers and supplementary documents have been sent by mail to all voting members. Ballot papers need to be returned to the Club by 12:00 noon on Thursday 10 December 2020 either in person or by mail.

Please find below information and links to documents relating to the upcoming AGM of the Club.

Please be advised that due to the rapid easing of COVID restrictions it is now practical to hold the AGM in the normal way at the Club so that members can attend in person. The AGM will be held in the Clubhouse at 4.30pm on Friday 11 December 2020. Two ordinary resolutions have been submitted by a group of members for consideration. A covering letter from the Committee indicating its views on the resolutions, can be found in the documents below.

To assist us ensure that capacity does not exceed our COVID Restrictions, we are asking member to register their interest in attending. Apologies can also be recorded via the link below.

There are three positions on the Committee for which more nominations have been received than positions available, so there will need to be a ballot where Members can vote for their preferred candidates. Candidate profiles are available below.

Ballot papers need to be returned to the Club by 12 noon on Thursday 10 December 2020 either in person or by mail. The special resolution previously sent to Members seeks to enable electronic voting in the future. On the ballot form please follow the directions given, by striking out those members you do not wish to vote for. Failure to mark the ballot paper in this way will be rejected as an informal vote. Please place the ballot paper into the yellow envelope and place the yellow envelope inside the pre paid envelope addressed to The Flinders Golf Club or deliver it in person. No signature is required.

Candidate statements for the Executive Office Bearer (President) can be found below in alphabetical order.

Candidate statements for the General Committee can be found below in alphabetical order.

The proxy form that can be used for voting on the resolutions  at the AGM, where the member cannot be in attendance.

Ray Smith has been a member of The Flinders Golf Club for over 64 years. Ray joined as a member in September 1956 at the age of 14 and has been a financial member ever since as well as an active golfer.

He has been involved with The Club on many levels and has been a very active participant on many sub committees including Greens, Golf, Junior Golf programs and over the years has been actively  involved in many initiatives The Club has undertaken over the years.

As former scratch golfer, Ray has represented The Flinders Golf Club as a pennant player and  the Peninsular District over many years. Ray has had many opportunities to join the professional ranks but his loyalty to the family business precluded him from taking advantage of taking his talent to the highest level.

He has been individual Club Champion and Club Champion in the Flinders Foursomes twice with Len Murphy, played in the Australian Foursomes Challenge Shield at Long Island with Bruce McClure and has been part of The Victorian State team that played in NSW, Tasmania, Western Australia and Queensland.

Ray’s two siblings, Jeff Smith and Pam Commons are also long term members of The Flinders Golf Club and their parents Harold and Vera were very active in The Club, Harold held the position as Club Captain on a number of occasions and Vera was Lady President and also Ladies Club Champion. The Smith family has certainly been instrumental in shaping The Flinders Golf Club to its present status as a Golf Club revered by many golfers and Ray’s humble involvement and commitment to The Club is testament to the Smith family influence at The Club.

Ray’s contribution to The Flinders Golf Club has been outstanding as a member, an active participant on all levels and as a golfer who represented The Club with pride and distinction. Ray has a very good eye for golf course layout and many of the initiatives we enjoy on the course are partly the result of his ideas, support and encouragement for others to make our course what it is today. He is also a long term member of Dad’s Army that volunteers on a monthly basis to assist the ground staff in maintaining the course and by clearing vegetation where required.

The General Committee proposes that Raymond Smith be awarded a Life Membership of The Flinders Golf Club.

By order of the General Committee 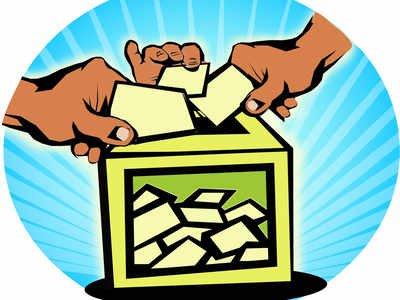