After a long delay due to ‘Covid lockdown’ the Presidents Trophy final was played on Friday 19th of November in near perfect conditions. The match was between Aaron Grindal and Drew Fletcher (h’cap 3) versus Paul West and Alec Morley (5).

Paul and Alec got off to a flying birdie, par, start to go 2 up after two holes. Aaron and Drew managed to claw there way back with a birdie on the 5th after being on the green for 2, and a birdie on the 7th when Drew holed a putt from off the green. A win for each side on the next two holes had the match all square at the turn.

After halving the 10th in 4s, Paul lipped out with his approach shot on the 11th and the birdie was good enough. With Aaron and Drew having to give Paul and Alec a shot on the short 12th, and with Alec’s tee shot 20 feet from the hole, Aaron and Drew’s only chance to win the hole would require a hole-in-one. Aaron made a great attempt with his tee shot striking the flagstick on the full which unfortunately turned out to be a bad break.

Paul and Alec then also won the 13th with a par, and the 14th when Paul holed a long putt for birdie. Requiring only a half on the 15th for victory, Alec played a superb ‘approach shot’ to seal the match with a 4 and 3 victory.

Congratulations to Paul and Alec on a great win! 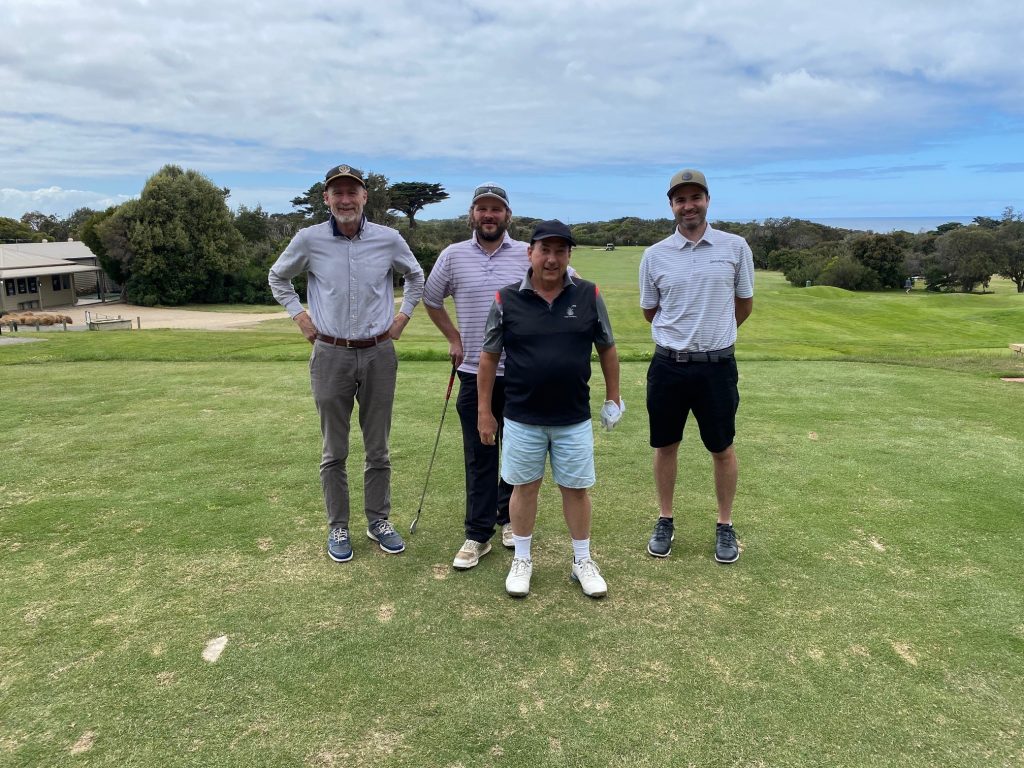