In very blustery conditions the ‘Foursomes Knock Out final’ was played today between Julie Pilling and Bernadette Piekacz versus Jill Spargo and Mandy Milledge, with Julie and Bern receiving 4 handicap shots.

Julie and Bern began well and were 1 up after 3 holes, then the 4th was halved. Jill and Mandy had a win on the 5th when their 4th shot found the green and the match was back to square. A great bunker shot on the 9th by Bernadette, and a good putt holed by Mandy to halve the hole had the match all square at the turn.

A win on the 10th for Julie and Bernadette, and a par on the 11th for Jill and Mandy had the match back to square. With the match still all square playing the 16th, and Mandy and Jill having to give a shot, they played two excellent shots to be on the green in two which resulted in a win to put them one up.

On the 17th Jill had a 10ft putt for par which stopped on the edge of the hole but was still good enough to close out the match with a 2/1 win.

Well done to both teams for reaching the final which was played in great spirit, and Congratulations to Jill and Mandy! 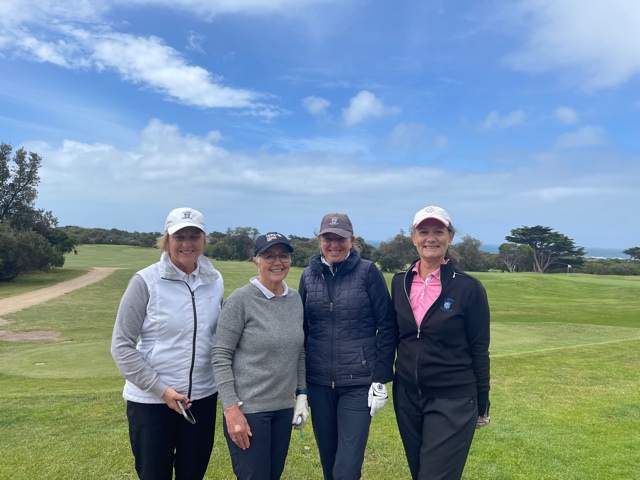